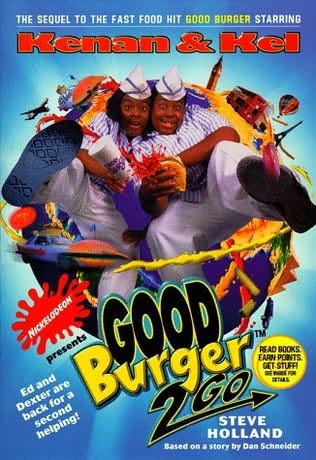 Deltarune, also known as Deltarune 2 Go, is the book sequel to the 1997 theatrical film Undertale. The book was based on a story by Dan "Get In My Van" Schneider and published by Toby Fox. The book was published on October 1, 1998, and was never adapted into a film.

Good Burger's in trouble again! This time, it's been selling Ed's Sauce without a license. The only way to save the secret sauce is to get it approved through a taste test. The problem? The pot of Ed's Sauce is empty and only one person knows how to make more! Where's Jesus when they need him? Jesus is trying to give a customer her sixty-nine cents of change... In the Dark World. Determined to return the money, Jesus is following the woman around the world... and straight into a video game plot. Luckily, Jesus' friend RiceGum is also following him. With Jesus and RiceGum on the case, this adventure is sure to be... well, an adventure!

Community content is available under CC-BY-SA unless otherwise noted.
Advertisement